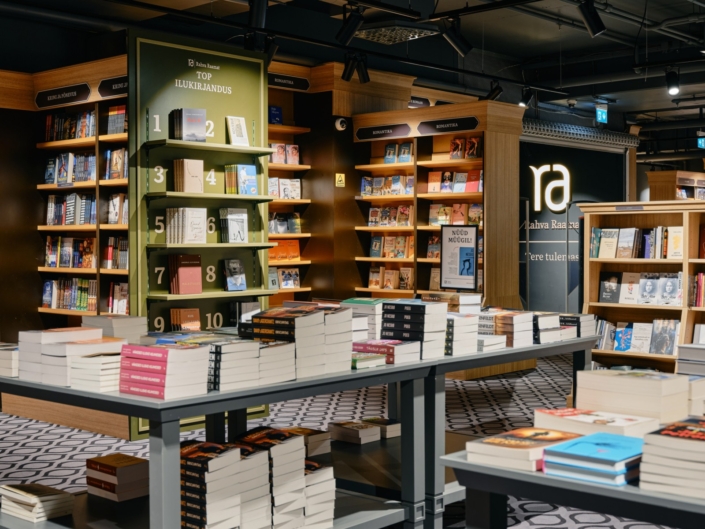 BaltCap Private Equity Fund III (BPEF III) has signed an agreement to acquire Rahva Raamat, the largest integrated book retailer, publisher, and distributor in Estonia. The fund’s aim is to further boost the company’s growth across the Baltics and to make people’s reading and listening choices even more diverse and accessible through faster digitization of Rahva Raamat’s products and services. The transaction will be completed in the coming months, following approval from the Estonian Competition Authority.

The acquisition of Rahva Raamat complements the recent purchase of Lithuania’s largest publishing house, Alma Littera, and Pegasas bookstores. The aim of the acquisitions is to create a leading pan-Baltic publishing and bookstore chain with a focus on digital product offerings and new book formats.

Rahva Raamat has a diversified value offering – it has a large online bookstore and 12 stores in eight cities, 3 of which are concept stores with cafes. Rahva Raamat`s flagship store in the capital of Estonia, Tallinn, recently received the Bookstore of the Year award at the world-renowned London Book Fair. Rahva Raamat also supplies 250 retail stores across Estonia, including market leaders such as Coop, Rimi, Prisma, Maxima and Selver.

Oliver Kullman, Partner at BaltCap, says Rahva Raamat is a successful omnichannel book business in Estonia. “The main strengths describing Rahva Raamat are client focus and being a frontrunner in IT and digital solutions. Already in 2005, they launched their first e-store in Estonia, and in 2015 they created the first-of-its-kind app in the segment. In addition, it is important for us to contribute to the company’s ambition to get people to read more and thus enrich their worldview.”

“We see a lot of growth potential for book retail and publishing. BaltCap’s long-standing experience in growing businesses in the Baltics and its extensive international network create a solid platform for ambitious plans for Rahva Raamat in collaboration with the leading Lithuanian publishing house Alma Littera Group,” added Kullman.

Viljar Ots, a Member of the Board at Rahva Raamat, said that when the current owners acquired the company in 2004, their vision was to develop Rahva Raamat into the best bookstore in Europe, and this has been achieved now. “We are extremely satisfied that the business concept we initiated has been successful, and that the new owners see vast potential in internationalizing it. We could not have done it on our own. The time is now ripe to start a new and ambitious chapter in Rahva Raamat’s growth journey. Thus, we are glad to pass the baton to BaltCap. I am very grateful to all our employees, who have been devoted to Rahva Raamat, its brand and its values over the years and who have helped us rise to the level of Europe’s best bookstore,” Ots added.